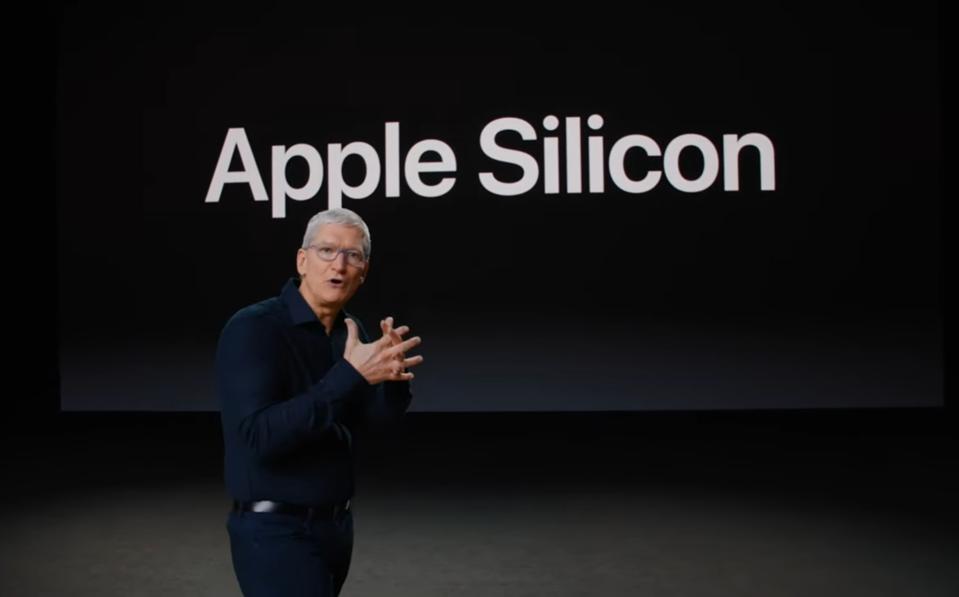 Recently, Apple finally announced the transition of its computers to the company’s own custom-designed processors, dubbed ‘Apple Silicon.’ While I’m not entirely sure why the company went with such an uninspired name, the reality is that most of Apple’s non-PC devices already run on what I would consider ‘Apple Silicon.’ A while back I actually discussed  the role silicon plays at Apple for Marketplace Tech on NPR, if interested in learning more. Moor Insights and Strategy Principal Analyst Patrick Moorhead also wrote about the role of Silicon in Apple’s business three years ago. Ever since Apple acquired PA-Semi, the company has been working towards tighter and tighter integration of the company’s chips.

Back in the day, Apple originally shipped the iPhone with Samsung processors, Imagination’s PowerVR GPUs with Infineon modems, and a combination of other vendors for other silicon. Apple moved away from Samsung processors with the Apple A4 in 2010 inside the first iPad, starting the company’s journey towards custom silicon, but retained Imagination’s PowerVR IP. Apple has since successfully created its own GPU IP, after many years of tweaking Imagination’s IP to its liking. Apple was Imagination’s biggest customer, and when the relationship between the two companies deteriorated, Imagination nearly went out of business. Fortunately for Imagination, Apple’s new GPU IP was similar enough to its IP that the two companies were able to re-enter into a licensing agreement earlier this year. As Ian from Anandtech mentions, both companies have removed any mentions of their spat in 2018 and appear to have buried the hatchet.

The GPU is not the only component of the smartphone that Apple wants to integrate into its silicon portfolio. The company is already developing its own cellular modem, after acquiring Intel’s modem division when Apple became Intel’s sole volume customer for its modems. After Intel failed to deliver its 5G modem on time, Apple announced it would be leaving Intel for Qualcomm—a move that turned Intel’s modem division into an immediate target for Apple, and turned the modem division into a new part of Intel’s silicon design division. However, the story does not start or end there. While Apple was using Intel’s modems, it was also embroiled in a battle with Qualcomm on licensing and pricing, filing numerous lawsuits against Qualcomm and instructing partners to withhold billions in payments. The whole situation was incredibly messy, but it points to one thing: Apple’s silicon ambitions are not necessarily about delivering the best user experience or performance. Sometimes it really comes down to cost and margin. Qualcomm has the best modems, everyone knows that—even Apple, admitting as much in its own internal documents. But Qualcomm’s high-end modems don’t come cheaply, especially with all of the RF components and licensing fees.

Apple is not stupid. It understands how important 5G is going to be, and understands that all of its devices will have a 5G modem of some type eventually. How else do you affordably put a 5G modem in all of your products without integrating it into the SoC? For the longest time, Qualcomm built its modems into its own SoCs, and that strategy has given them a power and performance advantage. Recently, however, the company decoupled its modems from its application processors to give more flexibility to its customers and make applications of 5G more flexible. However, I believe that Apple will integrate its 5G modems into most of its processors, and the only way to do that is by transitioning all its products to Apple silicon. Sure, it could still use Intel, but a discrete modem comes at the expense of space and power (even if just by a few percentage points).

While I remain skeptical that the company will be able to transition its more high-performance products like the MacBook Pro and Mac Pro to Apple Silicon, it is a doable task considering Arm server chips and high-performance Arm cores do exist. I believe that these will probably be the last of Apple’s Silicon designs to replace Intel processors, and what we will see first will be the largest volume products like the MacBook Air and MacBook. One of the great things about Apple moving over to its own silicon for the MacBook line is that it will be able to push multi-core computing to the next level and utilize quite a bit of the processor’s performance without compromising battery life. Apple already has a stellar reputation for designing CPUs with the iPhone’s processor, so it isn’t much of a stretch that it could design one that operates in a MacBook or MacBook Air. Not only are these the lowest hanging fruit, but I also believe they could benefit the most from going to Apple Silicon (e.g. for fanless designs, etc.). I would expect Apple to focus heavily on battery life and responsiveness since it has much more control over the hardware and will have considerable battery sizes to work with. I am not sure we will see touch screens from Apple on these notebooks, but 5G connectivity is a possibility since the new 5G iPhone is expected to roll out later this fall.

Many people have posited that Apple abandoned Intel because of its issues with Skylake, or because of Intel’s failure to deliver on modems. While I do believe that there could absolutely be some truth to this, I also believe that Apple’s long-term vision has always been to remove as many uncertainties as possible from the supply chain. Intel as a supplier posed two different risks to Apple’s ability to deliver products on time and as expected—one on the CPU side and the other on the modem side. By removing both of those risks, Apple now controls its own destiny. Apple, and Apple alone, determines the roadmaps and when certain processors and features come to market. Apple also controls the cost of those processors, and by doing so has much better control of margins and the overall profitability of the devices.

Another benefit of Apple moving to its own silicon is the simplification of the software development environment, as it makes applications interoperable across all devices without any conflicts. Having everything running on Arm, in theory, should allow a developer to create one application and port it to all Apple devices. Obviously, UIs and performance profiles vary drastically, but much of the fundamental code could be reused and scaled based on the device’s capabilities. That is why Apple took such care to make the porting of Mac OS applications to Apple Silicon simple and easy—ultimately, it opens the door to all Apple devices being able to effectively run on the same core instructions. Eventually, I expect Apple will completely unify the development environment across all devices. Wearables may be an exception, but scaled down versions of those apps will likely run on wearables as they already do today.

I believe that Apple has long planned for this future, we’re just now finally living in it. While it would be convenient to think that Apple is doing all these things to improve its products and make them more user friendly, I believe that would be viewing the world through Apple-tinted glasses. If Apple really cared about all these things, it would not have embarked on a multi-year war against Qualcomm on modems to only go and start developing its own. Qualcomm’s modems are the most innovative and highest performing in the industry, even by Apple’s own admission. Ultimately, Apple’s integration of in-house components allows the company to better control costs and timelines in a way that no other strategy can. Apple won’t be able to cost-effectively build 5G into all of its devices if it has to buy that modem from Qualcomm, and it won’t be as power efficient if it isn’t integrated. Apple has already shown with the iPhone that it can design two smartphone SKUs for the whole world, so I fully expect it will try to do the same thing for every other 5G-enabled device in the future. I am personally interested to see how these new products perform and how Apple decides to market and price them.