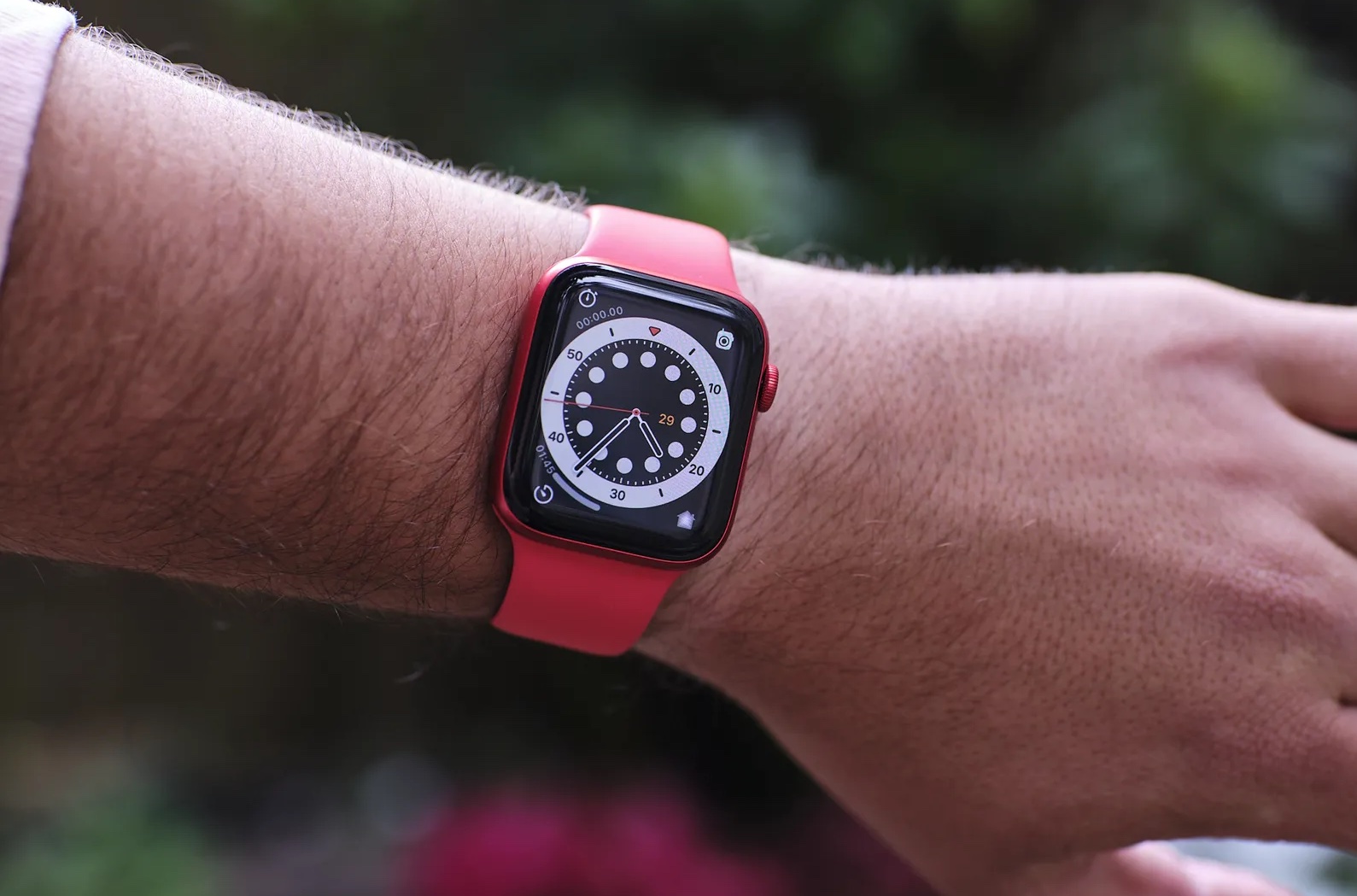 Bloomberg’s Mark Gurman shared more details Thursday about what to expect from the rumored bigger screens coming to the next Apple Watch.

Gurman has previously reported that the next watch, which he says will be called the Apple Watch Series 7, will be offered in 41mm and 45mm screen sizes. In his new article, he reiterated those sizes and added that the larger model’s screen will measure 1.9 inches diagonally, up from 1.78 inches on the bigger Series 6, and offer about 16 percent more pixels with a resolution of 396 x 484, up from 368 x 448. Both Series 7 watches will also have thinner borders around their screens, Gurman says.APPLE IS WORKING ON NEW WATCHFACES

Apple is also working on new watchfaces. One, called Modular Max, will apparently show the time, one small complication, and then have larger complications that “span the length of the screen stacked on top of each other below,” Gurman says. Another, which Gurman says goes by the name of Atlas and World Timer internally at Apple, “will let a user see all 24 time zones simultaneously.” One, called Continuum, will “change based on the flow of time and the current hour.” Apple is also working on new watchfaces for its Apple Watches made in partnership with Hermes and Nike. Some of these may ship with the Series 7, according to Gurman.

As Gurman has said previously, he reiterated that the Series 7 will have a faster processor and a new case with flatter edges. However, production issues reported Tuesday could mean the Series 7 is delayed or in short supply when it’s available.

Apple plans to announce the new watches “as soon as this month,” Gurman says. That timeline would line up with previous years.