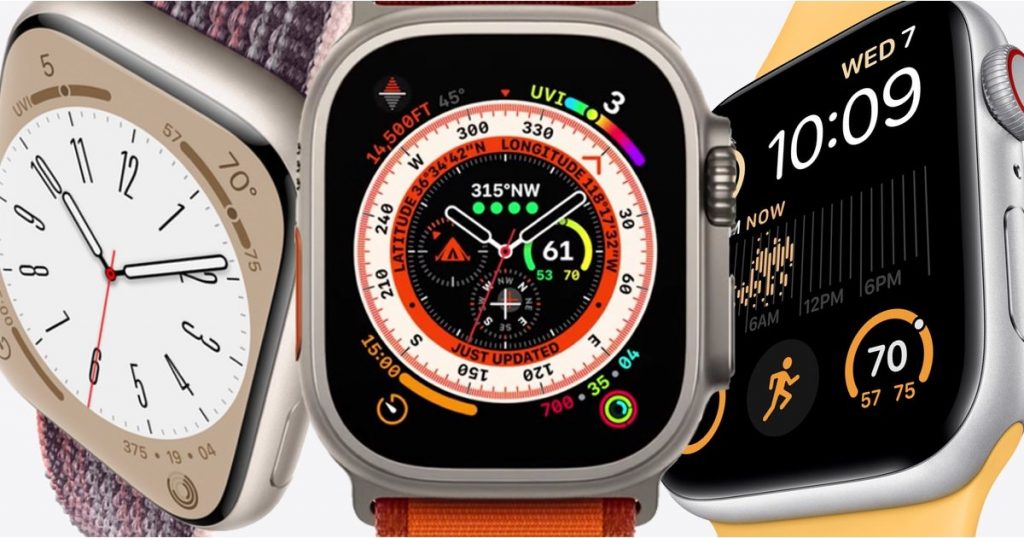 Apple launched a slate of new smartwatch models during the “Far Out” event on Wednesday. Apple launched new series of Apple watches which come with fresh features such as car-crash detection, temperature sensors, and family planning trackers. Introduction of Apple Watch Ultra, starting at $799, with a release date of Sept.23. Apple also unveiled the Apple Watch Series 8 starting from $399 and Apple Watch SE for $249, both of the watches will be available on Sept.16. The entire lineup is open for preorders now.

The Apple Watch Ultra is a completely new addition to Apple’s smartwatch collection. Apple designed these watches for extreme sports enthusiasts. Titanium case, in-dial compass, and 36-hour battery life.  Apple describes it as a “versatile tool for anyone who appreciates outdoor adventures, water sports, and endurance training. “It comes with a new temperature sensor and a family planning software.