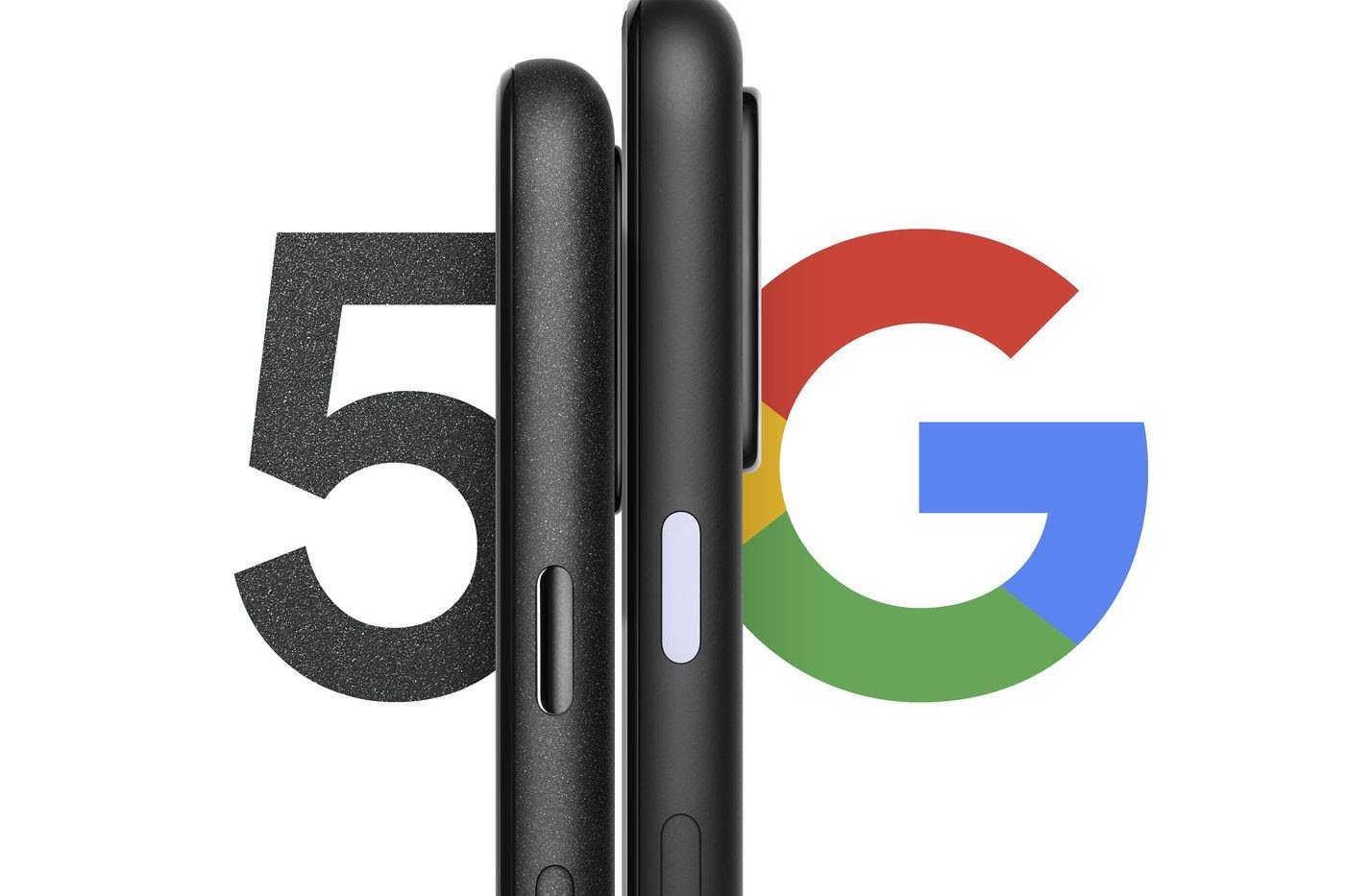 In other words, Google is just up and admitting that it has two more phones to release at the very same time as it’s actually releasing another phone. It’s messy but necessary because this month’s Pixel 4A is coming out significantly later than expected. Google says that issues relating to the pandemic kept the 4A from hitting virtual store shelves earlier.

We know everything there is to know about the $349 Pixel 4A already. Google is keeping the Pixel 5 and Pixel 4A 5G mostly under wraps, but we can glean a few things already from today’s announcement.

Firstly, today’s announcement also includes the image you see above. If you’re looking to parse which of the photos in Google’s teaser image is which, our assumption is the matte black one on the right is the larger Pixel 4A 5G while the slightly sparkly one on the left is the regular-sized Pixel 5.

Google is simply saying that the Pixel 5 is “coming this fall” and that it will support 5G. Google is also saying which countries will get both phones: the US, Canada, the United Kingdom, Ireland, France, Germany, Japan, Taiwan, and Australia. “In the coming months,” Brian Rakowski, Google’s VP of product management, says, the company will “share more about these devices and [its] approach to 5G.”

Google also has a history of “just tweeting it out” instead of spending the summer acting like it doesn’t have a phone coming. Last year, Google responded to early rumors by tweeting its own photo of the Pixel 4 in June.

This year, the strategy is a little different — and it seems to have been affected by carriers’ desires to push 5G phones. In his blog post, Rakowski says there will be a 5G version of the Pixel 4A, which will cost $499. A $150 jump just for 5G seems fairly steep, but rumors point to the Pixel 4A 5G also having a larger screen than the regular 4A’s 5.8-inch OLED display. Rumors also suggest it might have a second camera lens.

The Pixel 4A being released this month is not a 5G phone, and all signs point to US carriers forgoing putting significant support behind it. It’ll work on any carrier, but it will primarily be sold online. US carriers seem to have little appetite for any phone without 5G, and none have ever had much appetite to push the Pixel in the first place.

Fundamentally, I think 5G is why Google is announcing all three phones at once. It’s helpful for prospective 4A buyers to know that more Pixels are coming, but the reality is that all three are going to hit different buyers. Since the 4A won’t get much carrier support, pre-announcing the Pixel 5 is a face-saving measure.

Google’s Pixel line has been a source of both controversy and consternation among the Android community in the past year. The company is widely seen as falling behind competitors when it comes to delivering a phone with top-tier specs and performance. A report from The Information suggests that the person in charge of Google’s hardware division, Rick Osterloh, was himself disappointed with the Pixel 4’s battery life.

The Pixel’s strong point — its excellent camera — will also need to be developed going forward without the person who was widely credited with coming up with its algorithms. Marc Levoy now works for Adobe.

Historically, the flagship Pixel phones have been announced and released in October. However, Google wasn’t able to get the 4A out in a timely manner, and even Apple is signalingthat it won’t release the iPhone 12 on time this year. So even though Google says that it will release the Pixel 5 “this fall,” it’s worth remembering that technically, fall ends on December 21st this year.

From an industry-watching perspective, it’s fascinating that the most important detail is the price: $349. That’s $50 less than both the base-level iPhone SE and last year’s Pixel 3A. The Pixel 4A may be late, but it’s priced to sell.

It needs to be, too, as competition in the sub-$500 price range for phones has become incredibly tight. The camera and its clean version of Android are the main ways that Google is aiming to differentiate the Pixel 4A from the likes of the OnePlus Nord, Samsung Galaxy S71, and iPhone SE.

Although there have been many rumors to the contrary, the Pixel 4A only comes in one screen size (though the upcoming 4A 5G is expected to be bigger). It also comes in only one color, the appropriately named “just black.”

Though it’s clear that costs were cut in some places, the 4A still handles the fundamentals of what you want from an Android phone.

Google is keeping the same camera module it used in the Pixel 3, 3A, and Pixel 4: Sony’s 12-megapixel IMX363. Though the sensor itself is clearly showing its age, the results are still as good or better than what you can get on any other smartphone at any price. For photos, the Pixel 4A matches the Pixel 4 in quality — though it is a beat slower when it comes to saving photos. For video, as always with Pixel phones, its capabilities are mixed at best.

Google has gone with its first hole-punch display, an OLED screen that’s 1080p and quite good for this price range. The 5.8-inch display puts the Pixel 4A at the lower end of Android phone sizes these days, but it’s quite comfortable to hold and sturdy within its plastic body. Google has kept stereo speakers in the Pixel 4A, which is a rarity at this price point. It has also kept the headphone jack, which is a rarity at any price point.

But perhaps the most important specs for the Pixel 4A are the RAM and storage, both of which are actually good news. The Pixel 4A ships with 6GB of RAM, which is enough to run Android 10 and up without forcing background apps to quit early. It also has 128GB of storage, which is double what the entry-level iPhone SE offers. That means that the Pixel 4A is $100 less than an iPhone SE with comparable storage.

Of course, the one place where neither Google nor any other Android manufacturer can compare with the iPhone SE is on the processor — especially at the low end. Where the iPhone SE has Apple’s very best in-house chip, the Pixel 4A makes do with a Qualcomm Snapdragon 730G. It’s fast enough for what it is, but whether it will continue to be for several years is harder to say.

Last but not least, the Pixel 4A has a 3,140mAh battery, which is notably larger than the smaller Pixel 4’s battery. In my testing, it has not been a problem getting the phone to last all day.

Google is selling the Pixel 4A in as many channels as it can: on its own website, at Best Buy, Amazon, and connected to Google Fi cell service. It should work with any US carrier, but only Verizon and U.S. Cellular will be carrying it. Even then, don’t expect a big push from the carriers: all their efforts are being directed at 5G phones, and the Pixel 4A is just 4G. That’s likely another reason Google has pre-announced its upcoming Pixel phones.

The aggressive $349 price point paired with the baseline level of quality and Google’s promise of three years of software updates adds up to one of the better deals in smartphones right now. It doesn’t include much in the way of cloud services from Google, however: just a three-month trial of YouTube Premium, Google Play Pass, and Google One storage.