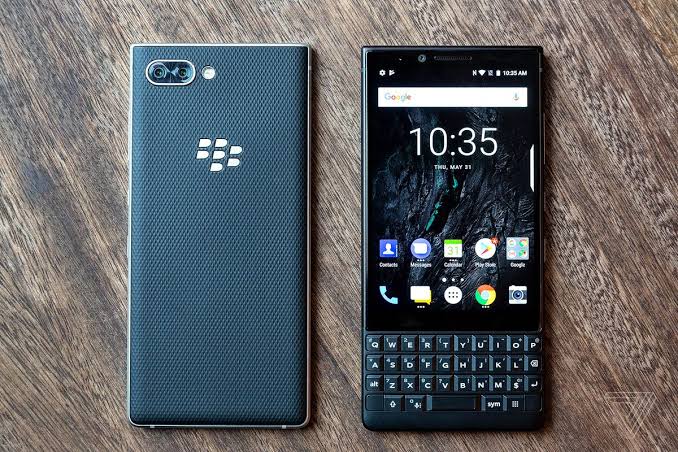 A new BlackBerry phone is coming in 2021, it will be 5G-capable, and yes – it will have a physical keyboard.

A new company has licensed the BlackBerry name after TCL dropped it in early 2020. This seemingly new player in the phones world, OnwardMobility, announced it’s producing a new handset with the storied BlackBerry name.

OnwardMobility is working with Foxconn subsidiary FIH Mobile Limited to get the phones out in the first half of 2021 to North American and European markets. Whether the phone will reach consumer markets, however, is unclear, as the press release announcing the BlackBerry 5G phone posits it as an enterprise solution for companies that need ‘a secure, feature-rich 5G-ready phone that enhances productivity.’

“BlackBerry smartphones are known for protecting communications, privacy, and data,” OnwardMobility CEO Peter Franklin said in the press release. “This is an incredible opportunity for OnwardMobility to bring next-generation 5G devices to market with the backing of BlackBerry and FIH Mobile.”

OnwardMobility doesn’t list any other products on its website, only referring to ‘future BlackBerry 5G smartphones.’ Its about page claims the company was created to deliver secure mobile device solutions to enterprise, government and business – so we’re not sure if fans of the brand will be able to pick up one of the next BlackBerry phones at their local retailer, though the announcement video (embedded above) does suggest it will be available for consumers.

It’s also unclear if, or when, it’s coming to other regions.

Update: OnwardMobility responded to TechRadar’s inquiries and confirmed the device will be headed to consumer markets:

“More than half of the global population own smartphones today, so the market is enormous,” OnwardMobility CEO Peter Franklin said. “What’s been missing, however, is the ultra-secure and productivity-centric smartphone that can address the needs of enterprise users, government users and security-conscious consumers – and that’s the gap we expect to fill.”

Research In Motion’s BlackBerry phones were some of the first true smartphones to become popular among consumers, but they first got popular amid corporate clients shopping for devices that would safeguard info kept and sent by employees.

While BlackBerry hemorrhaged market share to proper smartphones following the iPhone and Android platforms, it remained a trusted enterprise device for years. OnwardMobility is clearly tapping into that legacy of corporate trust – and productivity, since they’ve already committed to including a physical keyboard on the 2021 device.

TCL’s BlackBerry phones had physical keyboards, too, but weren’t successful enough for the phones industry underdog to keep the license. In short: people may be nostalgic for the days of physical keyboards, but not enough to go out of their way to buy them in large numbers.

Phones have changed since BlackBerry devices reigned, and the current tall, narrow format have meant that keyboards shoved to the bottom, like TCL’s BlackBerry Key2, aren’t terribly comfortable to type on. We’ll see if OnwardMobility’s phone ends up with a different design as it gets closer to its release window in the first half of 2021.