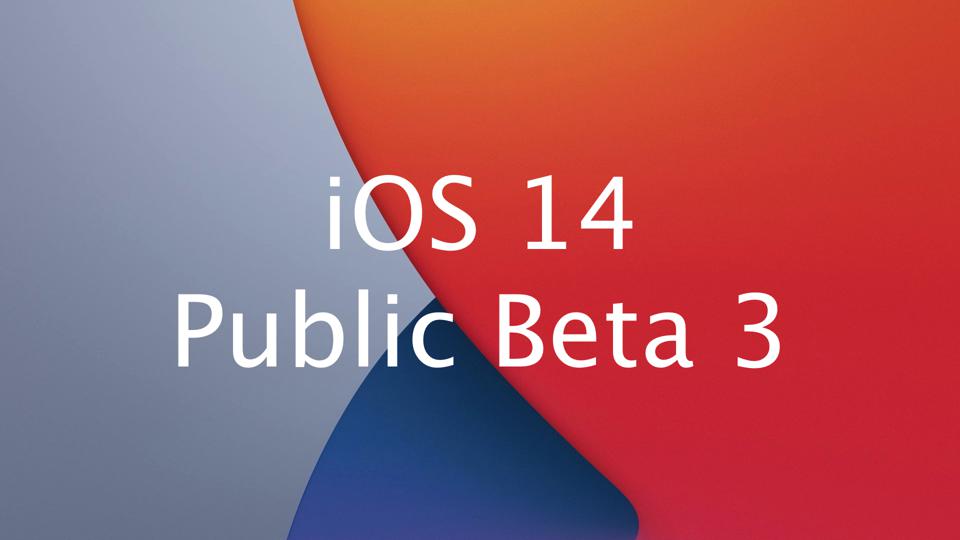 The next round of iOS 14 testing is here. iOS 14 Public Beta 3 (not 2, because we’re following the Developer Beta numbering) has been released for Public Beta program participants. You can download it via an OTA update by going to Settings > Software Update.

A note: if you’ve set up your iOS device to install updates automatically, I’d highly recommend disabling that feature while you’re beta testing. Unlike with normal, daily use, it’s extremely important that you control how and when a beta update gets installed. iOS 14 updates have been (and will likely continue to be) rather large, so it takes a long time to install. There’s also the possibility that a new bug has popped up that will kill your workflow, so you’ll want to wait till the next release.

The takeaway is, make sure you’re paying attention when a beta release drops and install it manually.

Since there are still more bugs in iOS 14 than anything else, I’m sticking with the “bugs first” approach.

While it’s not in the release notes as a bug, from personal testing I’ve noted that some Google apps have issues with iOS 14. I can’t copy and paste text from Gmail and Google News generally crashes after a few seconds. Google Keyboard is also a bit buggy, but then it was in iOS 13 as well, so I shouldn’t be surprised.

The Vivint app flakes out a bit as well, mostly when trying to view my home’s cameras, but I expected that. I was able to determine previous app issues I had were due to the iOS 13.6 beta.

This is all to say, there will most definitely be third-party apps that you rely on that won’t function. That’s why the developers have early access, after all, to get their apps ready by iOS 14 public launch later this year.

If you’re OK with living with frustration for a while, backup your device to your computer (yes, you really need to do this, otherwise there’s no way to restore your phone if it gets bricked), read the bug list below, and decide if Public Beta 3 is right for you.

Keep in mind, these are just the bugs that Apple are currently reporting and working on. There are more, lots more, and it’s your job to find them and report them using the Feedback app.

As many bugs as there are, there’s also a healthy round of fixed issues that have been fixed since Public Beta 2. It seems that Widgets are the buggiest of all the features in the new batch. That means they’re also getting the most fixes.

Usually when a flagship feature has this many issues, it’ll get pushed back to the next public release, but considering Widgets is practically the defining feature for iOS 14, I don’t think that’s an option for Apple. Expect to see lots of Widget bugs on both lists for the duration of the first beta.

I listed the majority of the new iOS 14 features in my Public Beta 2 article, so check that out if you need a refresher. From here on out, we’ll just focus on the smaller tweaks and features that pop up for each release.

iOS 14 has been an eventful beta so far, but overall it’s surprisingly stable. Not everything works the way it should, yet, but that’s to be expected. Even though they’re a bit of a pain, I’ve really enjoyed the new widgets. In fact, I like them so much, I’ve completely blown away my carefully arranged Home screen and replaced it all with widgets! I’ll talk about that more next week.

I don’t recommend installing iOS 14 on your main device If you do, expect instability and partial functionality from core apps until late in August. Even then, at least one of the keynote features will likely be delayed or disappear altogether. Early betas are notorious for culling weak-performing features.

But if you’re bold (and you don’t mind the prospect of having to completely restore your phone from scratch), then you can take the plunge and experience the latest from Apple months before it’s available to the public. Just make sure you have that Feedback app where you can easily find it to report bugs!

I’ll be back soon with more iOS 14 Public Beta coverage.