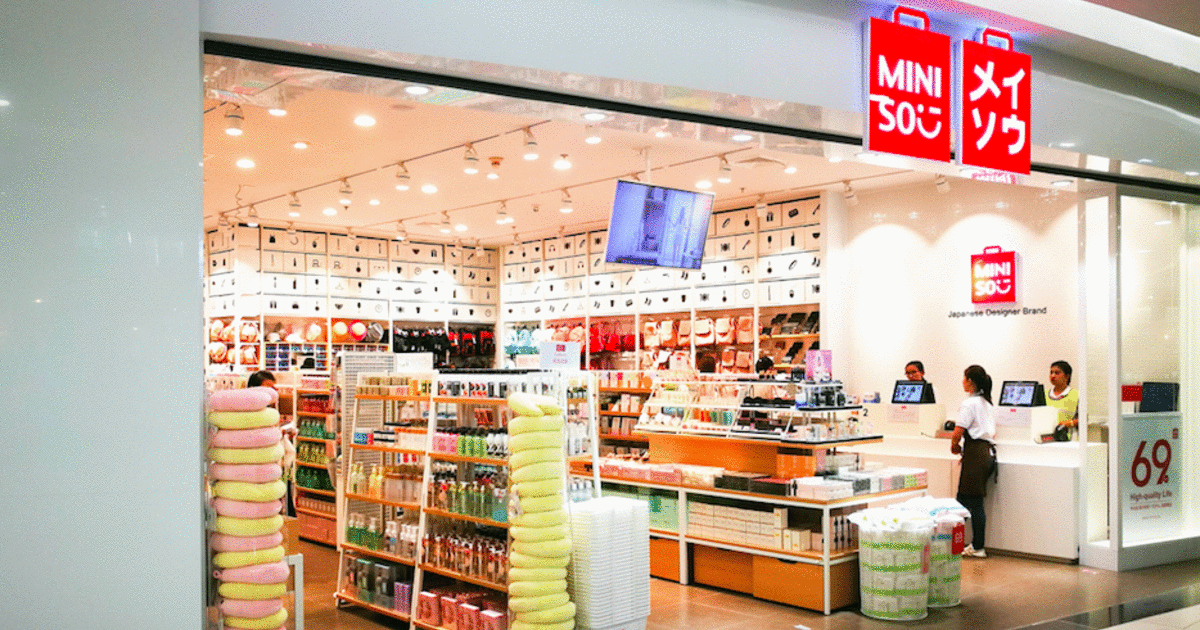 The listing of discount retailer Miniso on the New York Stock Exchange has turned its founder into a billionaire several times over.

Ye Guofu’s wealth is derived from his Guangzhou-based network of dollar shops that sells cheap household goods like mascara for $1.50 and headphones for $6.

Backed by Chinese web giant Tencent, Miniso is due to begin trading on the New York Stock Exchange on Thursday. The company raised $608 million by selling 30.4 million American Depositary Shares at a price of $20 each, above its previously indicated range of $16.5 to $18.50.

Ye, who will own 65% of Miniso following the IPO, currently has a net worth of $3.9 billion, Forbes estimates.

The company plans to use the proceeds to open more shops and expand its logistics network. The pandemic had forced some stores to close in the first half of the year, and also contributed to a sales decline of 4.4% to $1.3 billion for its 2020 fiscal year ended June. But Ye is confident that Miniso will soon get back to growth, as its products provide a unique shopping experience.

“There isn’t really a close competitor in the market now,” the billionaire said in an interview with Forbes. “As long as we don’t make big mistakes, we will have very promising growth space.”

Analysts agree. Jason Yu, a Shanghai-based managing director of consultancy Kantar Worldpanel, says consumers whose income is affected by the pandemic will step up the hunt for value-for-money products like those provided by Miniso.

The company sells a mish-mash of goods such as cosmetics, utensils and small appliances that are designed either in-house or branded with intellectual property licensed from the likes of Disney. By cutting out the middlemen and sourcing directly from factories, Miniso saves costs and prices 95% of its offerings below $7.1 in China, according to its prospectus.

Miniso isn’t Ye’s first venture. The entrepreneur worked at a Chinese steel factory before striking out on his own, according to Chinese media reports. He then sold cosmetics and ceramics. A 2013 trip to Japan inspired Ye to launch Miniso because he was said to be impressed by shops like Muji, local media reports show.

The entrepreneur later expanded his business through what he calls the “Miniso Retail Partner” model, where franchisees pay a pre-negotiated fee to open stores under the brand and share a portion of sales generated from products provided by the company. Of the 4,200 stores globally, Miniso only directly operates 129, according to its prospectus.

But Ye is coming up against rising competition as well. Other Chinese retailers have sought to capture more of the same consumer segment as Miniso. Analysts point to Chinese e-commerce giants Alibaba and Pinduoduo, which are both promoting cheaper products to catch the attention of frugal shoppers.

“It is more difficult to have a point of difference now,” says Mark Tanner, managing director of Shanghai-based consultancy China Skinny.

Kantar Wordpanel’s Yu says Miniso has a first-mover advantage as it been catering to frugal shoppers for years. “The company has positioned its brand well,” he says. “But it also needs to keep strengthening the brand image, and manage supply chain well as it covers so many product categories.”