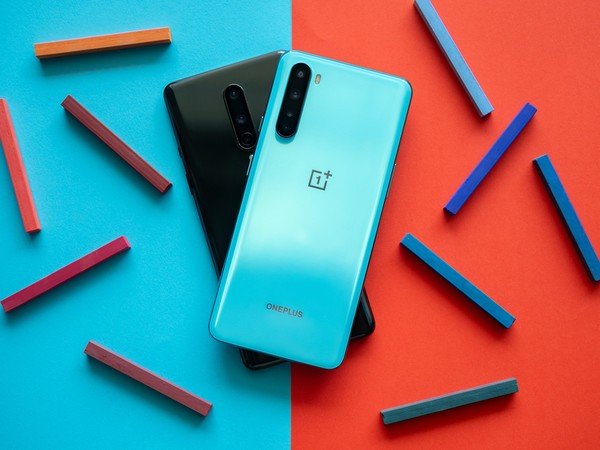 The OnePlus Nord is an easy phone to like. It feels good in the hand, the specifications are more than enough for day to day use, and the price is decidedly lower than the perception. If this is the first OnePlus handset you’ve seen, you’ll appreciate all of these points.

For everyone else, there are two questions. Why has it taken OnePlus so long to remember what it first set out to do when it sold high-end phones to the mid-range; and if the OnePlus Nord is such a good ‘flagship killer’ why would anyone look at the OnePlus 8 or OnePlus 8 Pro?

Those later questions are best served in another article. For now, let’s take a closer look at the OnePlus Nord that the consumer will find on sale.

July 28 update: As with any mid-range smartphones, compromises have to be made compared to flagship handsets. Int the case of the OnePlus Nord, there are two clear decisions – the use of the Snapdragon 765G and the camera sensors used – but another that was noticed yesterday has caught the attention of many. BGR’s Chris Smith is one reporter highlighting the materials used in the handset:

“YouTuber JerryRigEverything put the phone through his regular durability tests and discovered the frame is not made of metal [it’s plastic with a metallic paint]. Later, he found that the frame can snap around the volume buttons when the phone is bent, and this can lead to irreparable harm to the display. It’s not the actual Gorilla Glass at the exterior of the phone that can brake, but the actual OLED screen underneath the glass.”

The YouTube video shows just how much pressure is needed to break the components of the OnePlus Nord, and it’s not a spoiler to say that it needs a lot. With OnePlus putting a lot of effort into telling its own story of the Nord, this is the sort of derail that can impact the perception of the handset.

In terms of the look and feel of the device, this is the area it feels like OnePlus has a winner with the Nord. By going with Gorilla Glass on the front and rear of the device, you have a handset that feels far better in the hand than the polycarbonate materials that you would expect to be found in the mid-range. That’s not to say this is unique, but it is certainly not prevalent. It’s worth noting that OnePlus has used a lot of plastic in the construction – notably with a plastic chassis, as demonstrated by Jerry Rig Everything – which in part may be to ensure that the handset reached the desired price point. What that means to durability over a three year lifespan remains to be seen.

For the four-lens camera unit, OnePlus has moved to an off-centre island rather than mount the cameras centrally (n approach that its recent handsets have all adopted). That leads to the dreaded rock when you are using the Nord while on a table. This dynamic will always be neutralised by a case, and OnePlus continues its approach of including a soft TPU case; not only addressing the rocking phone, but also improving the unboxing experience.

OnePlus has continued to use a fast refreshing screen – in this case a 90 Hz refresh – and the fingerprint sensor is embedded under the screen. Unlike 2020’s OnePlus 8 and OnePlus 8 Pro, there are no curves on the display. While the glass covering is rounded at the edges, the actual display panel is flat.

Now if I was to go by the industry definition of flagships this would be a clear compromise, because Android flagships have curved screens. But if I go by my personal preference, a flat display is much more comfortable, does not have awkward reflections or distortions at the edge of the screen, and provides for a more substantive edging at the side of the smartphone. Which means that the Nord screen is, in my case, a better screen design than the OnePlus 8. Naturally your mileage may vary.

You have OnePlus’s traditional three-way alert switch to control your alerts, power, and volume buttons, as well as USB-C for connectivity. The OnePlus 8 Pro remains the only OnePlus handset with wireless charging so far, but you do have rapid charging using OnePlus’ bundled 30W charger, promising an empty to seventy percent time of just over thirty minutes.

Endurance wise the lifestyle rule of thumb of ‘can it make it to bedtime’ is achievable here, but if you crank up the screen brightness for whatever reasons or start throwing in any decent gaming activity, then the 4115 mAh battery is going to find it a close-run thing to get to the end of the day.

I’ve already mentioned the smoothness in the UI. Part of that would be down to a decent amount of RAM, the other part is down to OnePlus’ implementation of Android, Oxygen OS. Built with Google Mobile Services, it is one of the lightest versions of Google, focusing on speed over a million additional apps and options. This is pared back, and the phone is all the better for it. If you’ve experienced OxygenOS on any other OnePlus handset, you know what to expect. If this is new to you, then rest assured it is Android, everything is where you expect it to be, but it just feels a little cleaner than most.

Then there’s the camera. OnePlus puts a lot of effort into marketing the imaging and video prowess in its handsets. Part of me thinks that it has gone a little bit overboard here in the hardware decisions. Four lenses at the rear and two at the front feels like succumbing to a game of smartphone Top Trumps.

To make the most of this camera, you are going to need a good amount of light coming in to the lens, otherwise the colors start to wash out. OnePlus’ lowlight mode, Nightscape, will compensate in part for this during scenes shot at night, especially cityscapes, but that’s not an option you would use for normal shots. On the front of the camera you have a dual lens system, with OnePlus adding a wide-angle lens into the mix to allow for better group selfies to be taken. Again, once light starts to fall the color quickly washes out in the pictures.

I would have preferred more money to have been spent on two more capable cameras, specifically a main lens using the higher specced IMX689 sensor rather than the IMX586 used here, paired up with a 2x telephoto lens.

It’s important to put the OnePlus Nord into context. Pitched as a mid-range handset, although the price is very much at the upper end of mid-range (especially if you go for the higher memory/storage option), there is a clear competitor,,, the iPhone SE.

Even then there are two clear differences.The first is the classic iOS vs Android debate, and I doubt the OnePlus Nord is going to change any minds. If you have both feet in one camp, that’s where you are likely to stay. If you are not as dogmatic, the Nord may be the £400 range handset that brings you to Android. But if you prize physical size, then the Nord is yet another massive slab of a smartphone while the SE remains pocketable.

Arguably both phones win, but they have different criteria.

Another comparison would be to OnePlus’ previous handsets. Qualcomm’s Snapdragon 765G is broadly similar performance to the Snapdragon 845 on single-core, slightly down on multi-core, and well down on GPU performance.

Given that, you may be considering the OnePlus 6 or OnePlus 6T, which themselves offer the latest OxygenOS software alongside comparable specs. But wait up, there is a much more important issue to consider. OnePlus, like many manufacturers, only offer two years of software updates and an additional year of security updates. With the OnePlus 6 launched in summer 2018, it has reached the end of its Android updates, and next year will lose the security updates. The hardware may still be in good condition and match the Nord, but the lack of software support turns the OnePlus 6 into a security liability in short order.

Of course OnePlus’ limited production runs, and its policy of retiring handsets when the next handset turns up, means that if you did want to go down this route you would be looking at a second-hand unit.

The second half of 2020 promises to bring in a number of mid-range handsets looking to win in the same space as the OnePlus Nord. You have the aforementioned iPhone SE, but the handset that springs to mind is the Moto G Plus 5G. Google is expected to update its Pixel range of smartphones with a mid-range offering, and then there’s the spookily familiar design of the RealMe X50…

Taken in isolation, the OnePlus Nord is an impressive phone for its price. The chipset offers solid performance, the lightweight Oxygen OS keeps everything moving along nicely, and the aesthetics of the handset help it stand out. The weakest point in the package is the camera, but that comes from the expectation of flagship-level performance in a OnePlus handset, and frankly the camera is the part of the phone that feels every penny of a £379 handset.

OnePlus has looked at the mid-range space in the market, decided what it believes the market wants, and it’s broadly in line with the company’s classic mission statement. The result is the OnePlus Nord. If OnePlus can reach the mainstream consumer, expect this to be an easy handset for retailers to sell and a rewarding handset for those who purchase it.