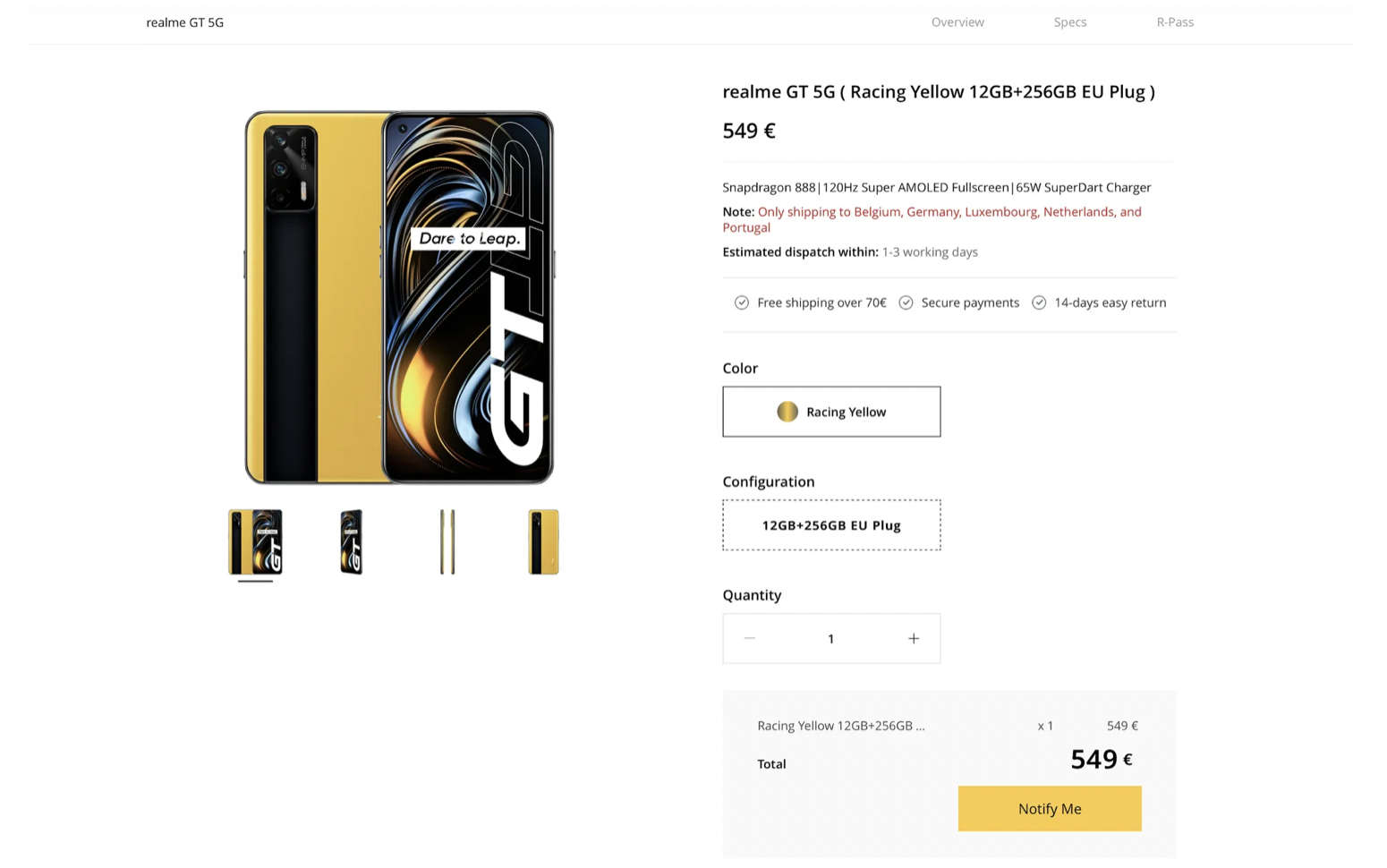 The Realme GT, Realme’s Snapdragon 888-equipped flagship phone, is coming to Europe and will sell for €549 (about $670) for a model with 12GB of RAM and 256GB of storage, according to the company’s website. The price makes it among the cheapest Snapdragon 888 devices available to date, if not the cheapest. Xiaomi’s excellent-value Mi 11 started at €749 (~$910) for an 8GB / 128GB model, for comparison.

Realme says the GT will ship to Belgium, Germany, Luxembourg, the Netherlands, and Portugal, though the device isn’t currently available to actually order. It’s not clear which other European markets it’ll be available in when it does launch.

It’s not quite clear yet how those models will differ in Europe spec-wise, but the Chinese version of the GT had a 64-megapixel primary camera with an 8-megapixel ultrawide and a 2-megapixel macro sensor, so there’s certainly room for improvement on the camera flagship. Elsewhere, the GT has a 6.43-inch 120Hz OLED display, up to 12GB of RAM, and a 4,500mAh battery with 65W fast charging.

Realme started out as a sub-brand of Oppo focused on the Indian market but quickly turned into a major force in its own right and is now focusing on capturing Europe with more premium devices. The launch of the GT follows last year’s €499 X3 Superzoom, which had a Snapdragon 855+ and a periscope telephoto lens.