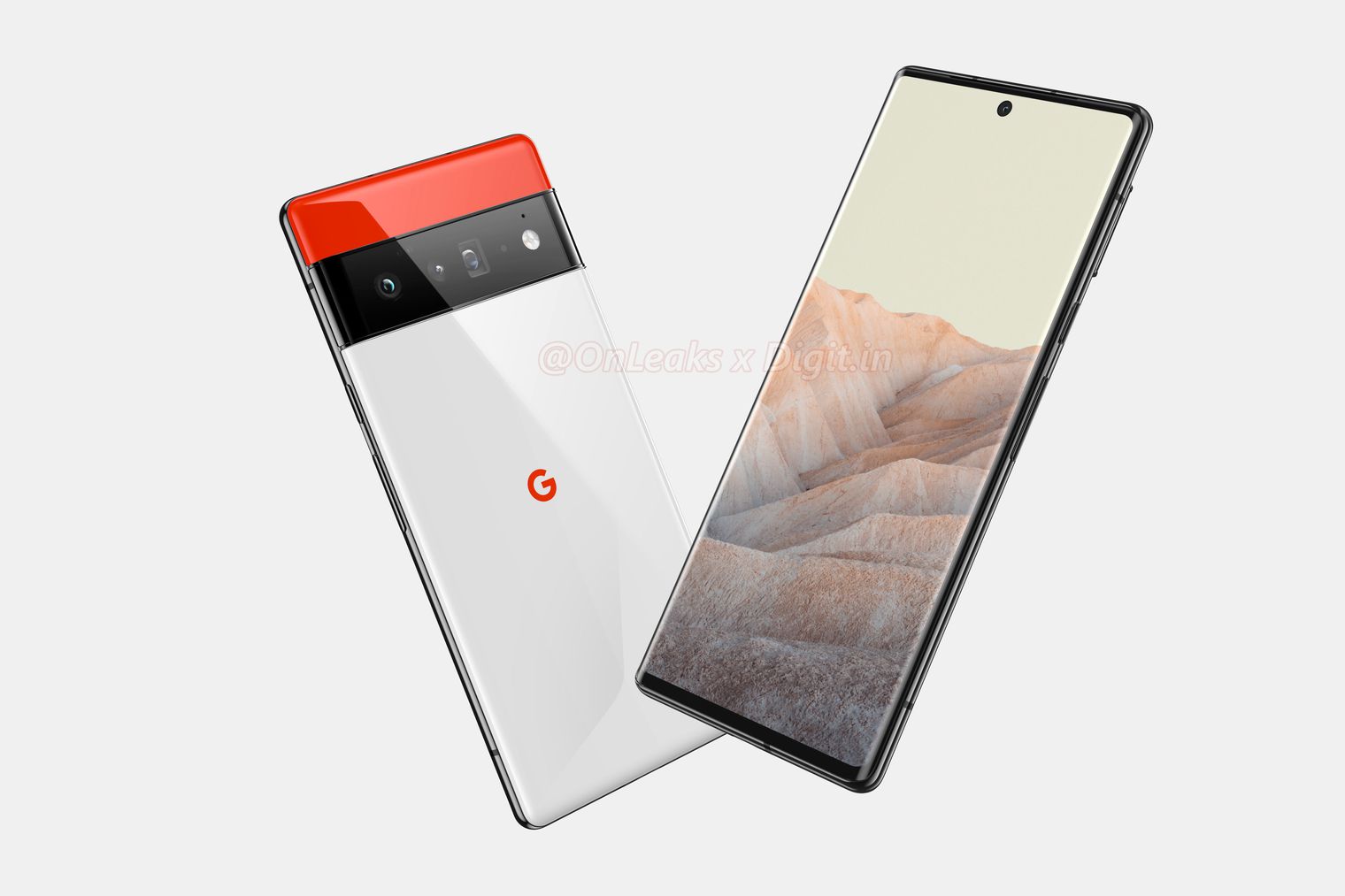 New images from reputable leaker OnLeaks (via digit.in) show what may be a bold step forward for Google’s Pixel series. The Pixel 6 Pro, as pictured in the alleged renders, could offer a 6.67-inch curved display and a rear triple-camera array — a Pixel first — including a periscope-style telephoto lens. OnLeaks later followed up via 91Mobiles with supposed renders of a smaller Pixel 6 phone.

This report also says that the 6 Pro will use an OLED screen, though there’s no confirmation of refresh rate, and will measure around 163.9 x 75.8 x 8.9mm. It’s expected to offer dual speakers and support wireless charging — features that are both available on the Pixel 5. There are some obvious differences in design, too, with the camera array moved to a raised, horizontal stripe across the back of the device and a bright accent color on the panel above it. There’s no confirmation with this leak whether the 6 Pro will include the rumored, Google-designed “Whitechapel” SoC (system on a chip).

The naming shift from “XL” to “Pro” could also indicate a new relationship between the standard and big-screen models. In previous generations (the Pixel 5 never got an XL counterpart), the XL model was a “same phone, bigger screen” affair. Ditching that moniker for “Pro” could indicate that it’s both a bigger and higher-end device.

Google has taken a conservative approach recently to its Pixel hardware and design. This hasn’t been an entirely bad thing, and it’s earned Google’s handsets a reputation for simple, affordable design with great cameras and software. But if these renders are the real deal, then the company appears to be making a move to challenge other flagships with higher-end hardware. For now, there’s no confirmed release date for the Pixel 6 or Pixel 6 Pro, but we’d expect Google to stick with its typical fall timeframe.