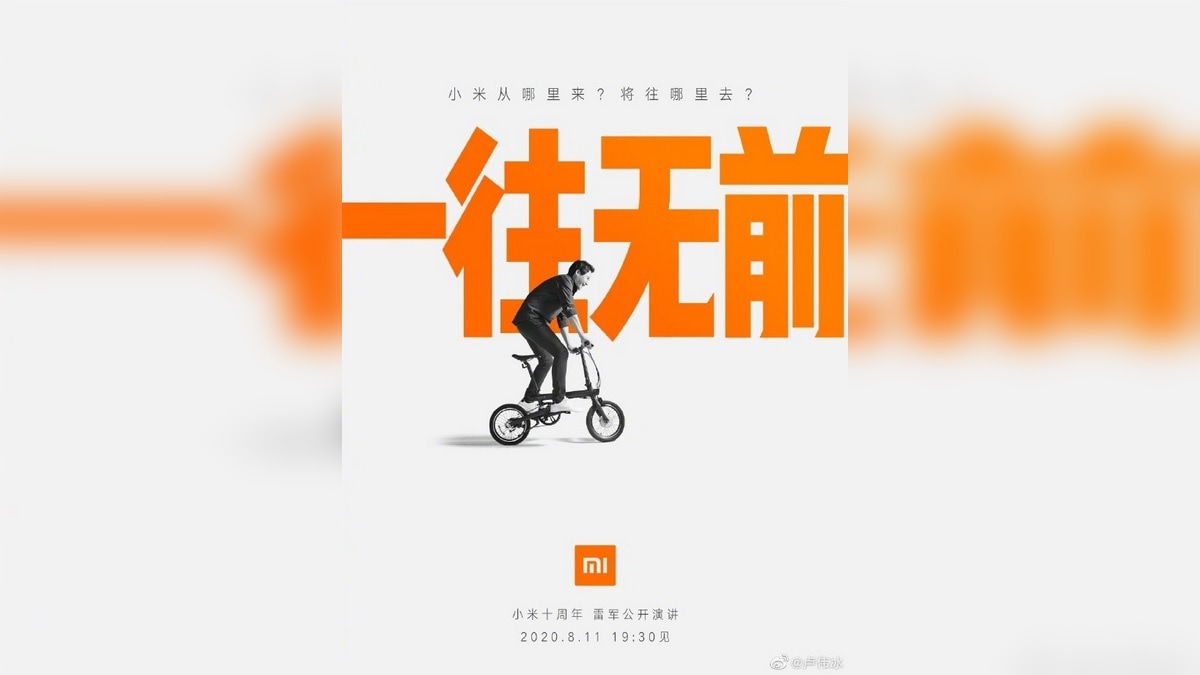 Xiaomi could launch the Mi 10 Pro Plus and other new products at a virtual event on August 11 celebrating the company’s 10th anniversary. Xiaomi’s Vice President, Lu Weibing shared a post on Weibo to announce the event. At the event, co-founder of Xiaomi, Lei Jun, will give a speech talking about the past, present, and future of the company. More details about what can be expected from the event should be made clear in the coming days.

The Weibo post by Xiaomi Vice President Lu Weibing comes with a poster commemorating the company’s 10th anniversary and announcing the virtual event for August 11 at 7:30pm local time (5pm IST). The post states that the co-founder of Xiaomi, Lei Jun will give a public speech about the company’s beginnings and where it’s headed. Additionally, following the hashtag in the post shows there will also be a new product launch, which could be the rumoured Mi 10 Pro Plus (not the official name). Xiaomi has not shared where the event will be streamed but more information on the same is expected in the coming days.

A known tipster with pseudonym Digital Chat Station (translated) shared the post on Twitter and said several new products including smartphones are expected to be unveiled at the event. Xiaomi has not shared anything about what it will unveil, but the Mi 10 Pro Plus has been popping up in leaks and benchmarking websites.

The Mi 10 Pro Plus was reportedly spotted on AnTuTu benchmarking website and is said to come with the Snapdragon 865 SoC. The same tipster previously stated that it might be the fastest charging phone of 2020. It is also expected to come with a high refresh rate screen, wireless charging, a powerful camera with 30x or more zoom, and stereo speakers.