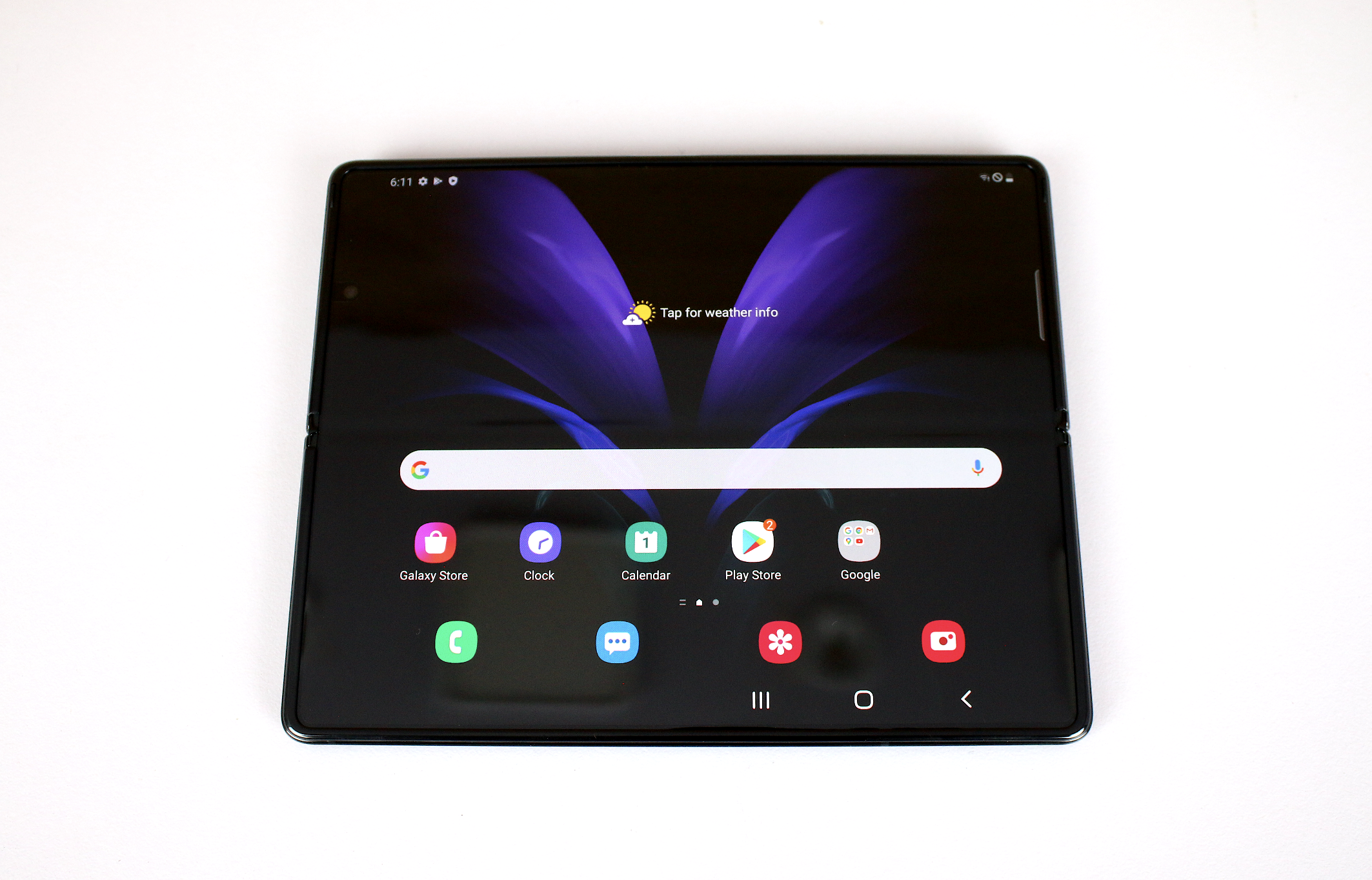 OK, I’ll admit it up front. I am a huge fan of the foldable phone category and truly believe it represents the future of smartphones.

As much as I’ve enjoyed it, I’ve also come to realize that there were definitely a few compromises that were made to get a first-generation, first of its kind product out the door. While I had absolutely no problems with the large foldable display (and, for the record, I had no problems with the recalled first version either), I have never really been a fan of the awkwardly shaped external display on the front of the phone. I also grew tired of the strange camera notch on the internal display and, as someone who spends a lot of time writing about 5G, I certainly wanted to see that incorporated as well.

Needless to say, the detailed news of the latest generation Galaxy Fold had me pretty excited. It checked off every concern I had about the first-generation product, while adding a better and much more flexible hinge design (a la the Galaxy Z Flip) and a foldable glass cover for even better durability on the internal display. Speaking of the display, it got bumped up in size to 7.6” from the original’s 7.3” and, more importantly, Samsung included support for a variable refresh rate of up to 120 Hz to improve the smoothness of the overall display experience. In addition, since the release of the original Fold, Samsung has developed some software enhancements that, in conjunction with the stationary hinge design, allowed the creation of a Flex mode that offers new ways to interact with and use the device.

Additionally, the company strengthened its connections with Microsoft, resulting in practical benefits like stronger integration with Microsoft 365 productivity apps and the ability to get tablet-like operations in standard Office apps. Imagine for example, being able to see a complete list of your Outlook Inbox on the left side of your massive foldable screen and then seeing the content of an individual email on the perfectly split (but still adjustable) right side of the screen. (FYI, Microsoft has shown off similar functionality on its intriguing new Surface Duo foldable device, which I have also been testing, but can’t tell you about until the official embargo ends next week.)

In addition, Samsung lets you launch multiple applications (up to 3, from any vendors) with a single click, and lets you do lots of other clever manipulations that are only possible because of the enormous main display. Toss in the ability to have an occasional wireless display session, including a virtualized Windows desktop, on any modern Samsung or other supported TV or large display in the room through a wireless version of its Dex technology and, well, wow.

Of course, we also can’t ignore the “wow” of the new Fold’s $2,000 price point. Clearly, this is not a mainstream-focused device, but rather, one targeting people willing to spend this kind of money to get the absolute latest technology available.

We all know that specs and anticipation are one thing, and that real-world usage can often be very different than expectations. So, what’s the new gigantically named Samsung Galaxy Z Fold 2 5G like in real life? Well, in full transparency, I’ve only had the new phone for a day, but I must say, so far, so great. The complete rethinking (and resizing) of the front screen changes how you use the device and, though it doesn’t sound like much on paper, the increased size, cleaned up design and improved quality of the inner display makes it feel noticeably bigger.

On the first-generation Fold, the outer display essentially became little more than a fancy notifications screen for me, as it was difficult to do much on it. The new Fold’s front display, however, is much more functional and really makes the phone feel more like it’s two devices in one—a traditional slab-style device and foldable tablet that still fits into your pocket. I’m also very pleased with the way Samsung has improved the transitions between screens. To be clear, not every application works perfectly, but for the ones that have been optimized for the various modes, the overall experience is much smoother.

Speaking of modes, the Fold’s new Flex Mode is proving to be more useful than I originally thought. While this is something that’s clearly going to take a lot more time and usage to fully evaluate, Flex Mode could prove to be the sleeper hit of the new design.

I’m also intrigued by the new software additions that make it easier to split the screen either to run multiple applications or two windows in the same application (as mentioned above with Outlook). Again, this is something that’s going to take several weeks of usage to determine if it’s truly useful or just a cool demo to occasionally show off to people curious about the phone. One thing I can certainly say is that Samsung has clearly thought much more about how people want to be able to use the Fold and have subsequently added a number of subtle but useful enhancements. The ability to take selfies with the external camera or use the external display as a means for people in a photo to adjust the position are good examples of this more thoughtful approach to usage.

Unfortunately, the 5G capabilities aren’t something I can do much with right now because of the limited coverage even here in the Silicon Valley area. Given the Fold 2’s inclusion of a Qualcomm X55 modem, however, I’m confident that both low-band and mid-band sub-6 support, as well as the occasional burst of mmWave, will work just fine when I do enter the appropriate coverage areas. It’s definitely nice to know that it’s there.

Finally, it’s also nice to know that the Fold 2 5G is compatible across all major US carriers. Turns out, it’s not quite as easy as a simple swap of an existing SIM card if you’re moving from an existing 4G LTE enabled phone, but you can switch carriers if you decide you want to do so at a later date. Speaking of carriers, a number of them are attempting to soften the blow of the Fold 2’s high price by offering fairly generous trade-in offers. While it doesn’t make the phone cheap, these trade-in deals can put the Fold 2’s price closer to what you’d pay for other high-end smartphones.

As I mentioned earlier, I’ve been a huge fan of the foldable category for a very long time—in fact back to the days when prototypes of foldable displays were shown at display industry-specific trade shows. Now that their reality has finally arrived, I’m pleased to say that devices like the Galaxy Z Fold 2 have more than lived up to my expectations. I hoped for it then and believe it now—these are truly game-changing devices.